The September Photo-Shows.co.uk Absorbine sponsored Best Turned Out Class was as competitive as ever.  Our worthy winner was Kerry Dawson with her two year old Welsh X Arab Trebinshawn Casino, known as Quest. 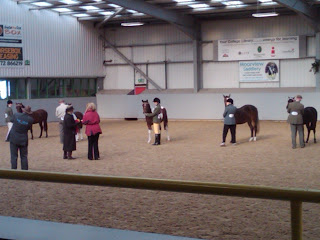 Kerry has owned the 14.1 hh Quest for the last two years, she said “I was bough Quest for Christmas in 2009 by friends who I had helped get back on track in their personal lives.  My first meeting with Quest was when I walked into his stable and was asked what I though of him, I said “he’s cute!” I was then given his passport!” 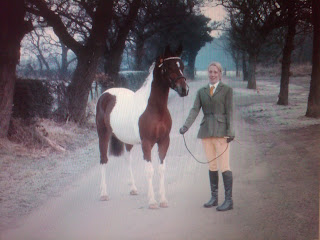 Quest was very wild when Kerry first owned him, but the pair have been to lots of shows to compete in in-hand classes, this year the pair have been competing at county level.  Quest has won and been placed at county shows and was Reserve Coloured Champion at the Trailblazers finals. Kerry went on to say, “most of the time I groom and then hand him over to my friend Lisa to show for me  – I get a real kick out of watching my hard work shine and sparkle in the show ring!” 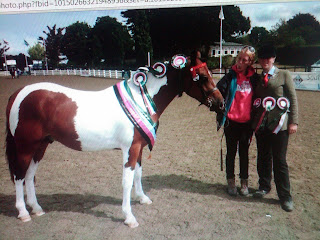 Kerry plans to get Quest licensed as a stallion next year, she said “you wouldn’t think he is a colt, he has always been easy to train and handle, he is great on the road and good around my 8 year old daughter and my 12 year old son.  I have had people ask if he is a mare or gelding!”
This was the first tine Kerry has entered PSO, she also has an entry in the November show which will hopefully be as successful.  Kerry also enjoys banger racing, last season she was competing on the racetrack and this year she has concentrated on showing Quest. 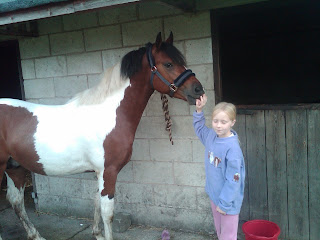