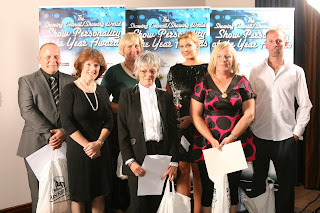 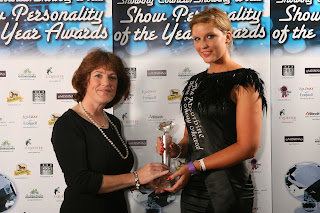 We’ve just returned from another fantastic Horse of the Year Show! Our sponsored rider, Jayne Webber, had some great results including; sixth place in the Supreme Horse Of The Year Show Championship with The Humdinger, third place with Berkeley Square in The Richard and Lisha Leeman Small Riding Horse, fourth place with The Philanderer in The Stennett Family Large Riding Horse, third place in The Heavyweight Riding Cob Class and first in the The Coloured Horse and Pony Championship also with The Humdinger. Well done Jayne!
There was also the brilliant Showing Council/Showing World Awards held on Thursday 7th October. Our Absorbine Home & Away Award went to Nia Marshalay, a former Miss Wales!
Nia works extremely hard backstage for producers Ron and Debbie Thomas and is responsible for getting the ponies and horses ready for the ring at most of the shows, especially BSPS Summer and Winter championship show, Horse of the year show and The Royal International Show. Looking after 25-30 ponies at one show takes so much organising, which she does amazingly!
The runners up also received a goody-bag bursting with our brilliant products, including ShowSheen, MiracleGroom (a professional groom’s best friend!!), SuperPoo, Supershine and much more! 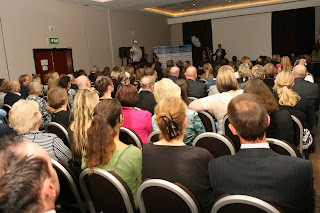 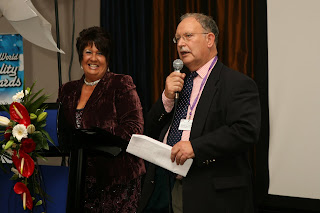