A wonderful week at the RIHS for team Absorbine

Our amazing Absorbine ambassadors were on absolute top form at a slightly damp, 2017 Royal International Horse Show at the All England Jumping Course at Hickstead.

Jayne Ross recorded an unprecedented result in the hunter classes by winning all three weights. This is a feat that has never before been achieved at the Royal International. 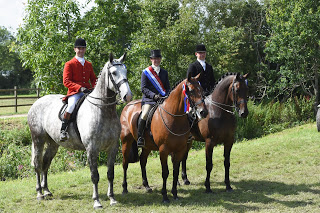 Jayne and Diane Stennett’s talented and loyal mare, Time 2 Reflect took the Lightweight Hunter Championship, before going on to become overall Hunter Champion for the third year running. Jayne said: “I cannot begin to tell you how special Betty is to all of us – she tries so hard to please.” 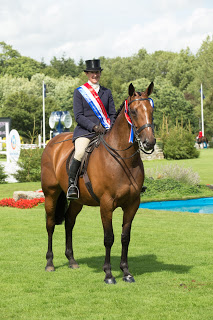 In the Heavyweight Hunter Championship, Jayne and Bloomfield Excelsior took top honours. This upstanding grey owned by the Shades of Grey Syndicate is also the current Horse of the Year Show Hunter of the Year.

With all three horses through into the Hunter Championship, team riders Matt Richardson and Scott Dixon stepped in. Matt took the ride on Bloomfield Excelsior and Scott rode Bloomfield Valhalla. Jayne said: “Betty and I lifted the Hunter Championship Trophy for the third consecutive year in a row following her breath-taking gallop in the main arena. No hunter has ever lifted this trophy for three consecutive years and Betty set a new record – there were by this point more tears and even more champagne!” 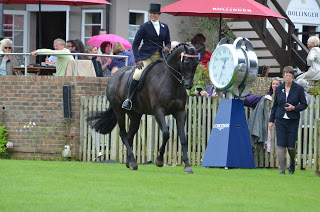 It was a one, two for Absorbine sponsored riders in the Large Hack Championship. Jo Bates and Suzannah Welby’s, Elusive took the title and Rosettes Direct’s, Forgeland Hydepark and Jayne came second. Elusive and Jo went on to take the Champion Hack title in the main arena at Hickstead.

On the final day of the show, the Mccourt’s, Rockstone Raven went on to stand Heavyweight Cob Champion with Jayne.

The Jayne Ross Show Team and Team Bates are brand ambassadors for Absorbine.